Skip to content
In July of last year, Indiana University School of Public Health researcher Debby Herbenick and her study team published the first replication of Ed Laumann et al’s National Health and Social Life Survey (NHSLS) in nearly 25 years.   Commissioned to provide a scientific basis for sexual health interventions in response to the AIDS crisis, the NHSLS was limited to asking questions about hetrosexuality, homosexuality, and those behaviors most instrumental in HIV transmission.  Laumann et al, wisely focused on social networking theory in the hope that understanding who was sleeping with whom might guide policy.  But the NHSLS did not inquire broadly about sexual variation.  It barely made it through the Congressional appropriation process over the politics of using public money to pay researchers to ask citizens questions about their sexual behavior.  Kink was simply too outrè to include and retain hope of funding. 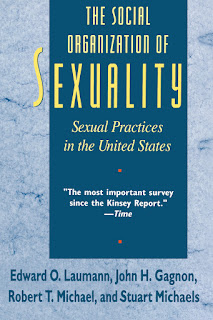